Sri Lanka has an ancient Buddhist and Hindu culture. Tradition has it that Buddhism came to Sri Lanka from India in the 3rd century BC, when the Singhalese king Devanampiya Tissa converted to Buddhism. Hinduism is even older there and was brought by the Tamils who crossed from South India to Sri Lanka. 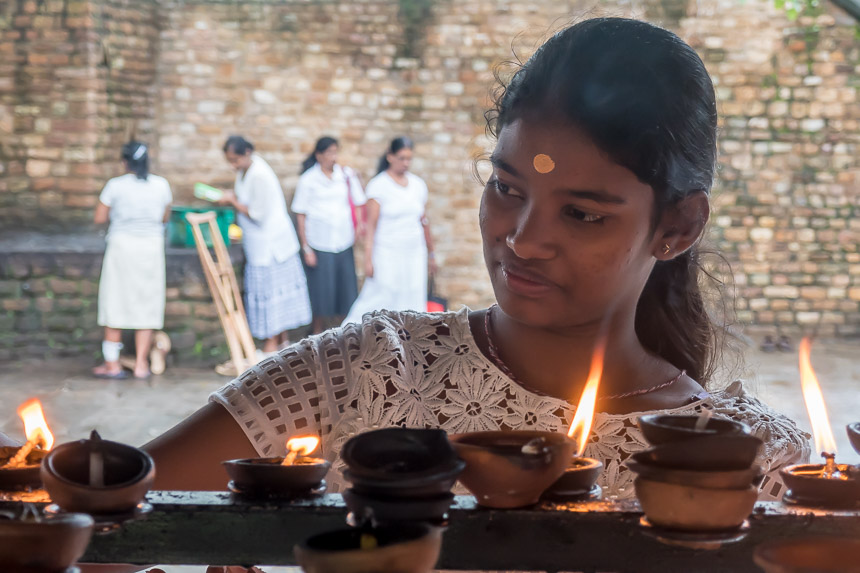 These religions, which have coexisted on the island for 2,300 years, are not mutually exclusive, but rather incorporate each other. They know common gods, such as Vishnu, who is also the protector of Sri Lanka. That is why Hindu and Buddhist temples can often be found next to each other or even on the same site. The idea that the Sri Lankan Civil War would be a religious conflict is therefore not true. 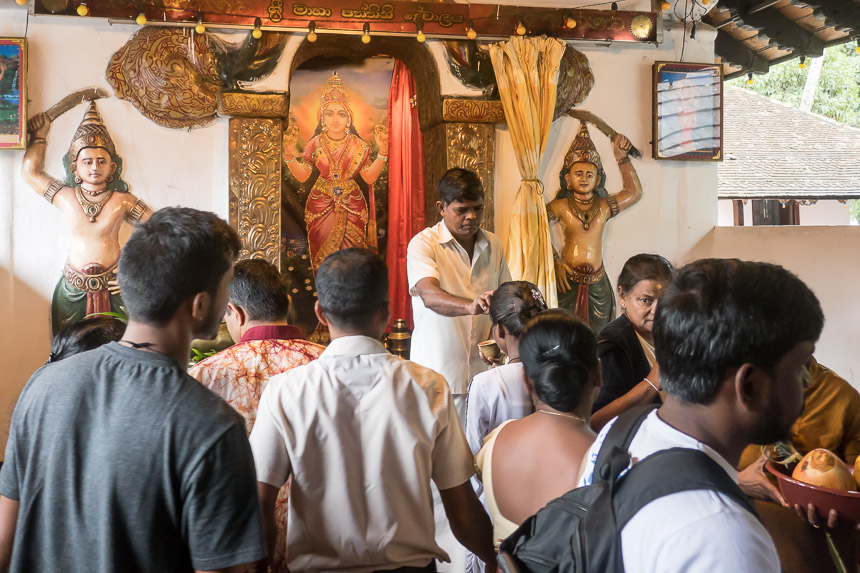 A Hindu temple located in the Buddhist Pattini Devale in Kandy

The Sri Lankans actively profess these religions and the island is completely imbued with them. Small altars, where the Buddha or Hindu gods are worshiped, can be found everywhere. Be it in the middle of a big city or somewhere in the countryside between the paddy fields. 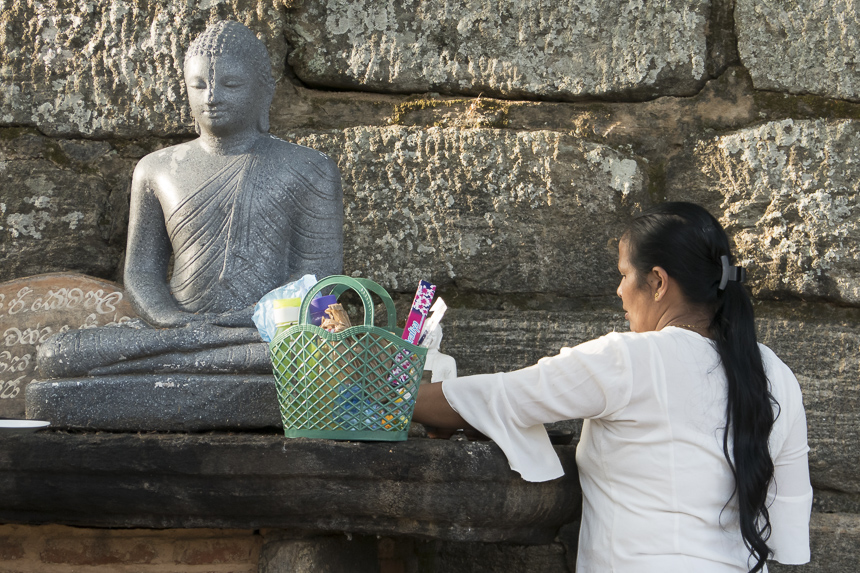 A woman makes small offerings to the Buddha

The main shrine for the Buddhists is the Temple of the Tooth in the ancient capital of Kandy, where a tooth of the Buddha is kept. Another important place is the Mahiyangana Viharaya. A stupa that was built during the Buddha’s lifetime; the Buddha even visited the place. 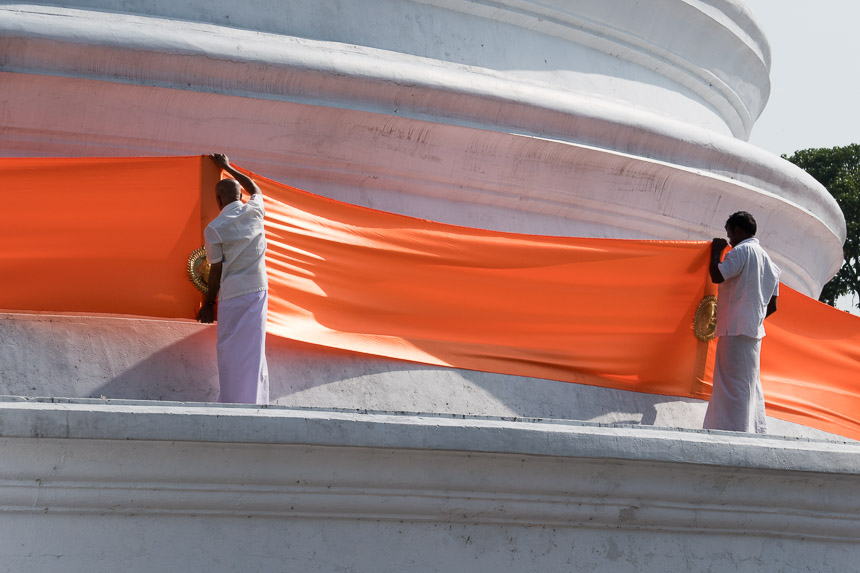 The Mahiyangana Viharaya Stupa is decorated as part of a ritual

The Buddhism practiced in Sri Lanka is Theravada Buddhism. It assumes that it is possible for anyone to attain the state of enlightenment. And therefore, that every person is equal and therefore should be treated equally. This is especially true when dealing with women. This allows them to move freely and without hindrance anywhere in Sri Lanka. 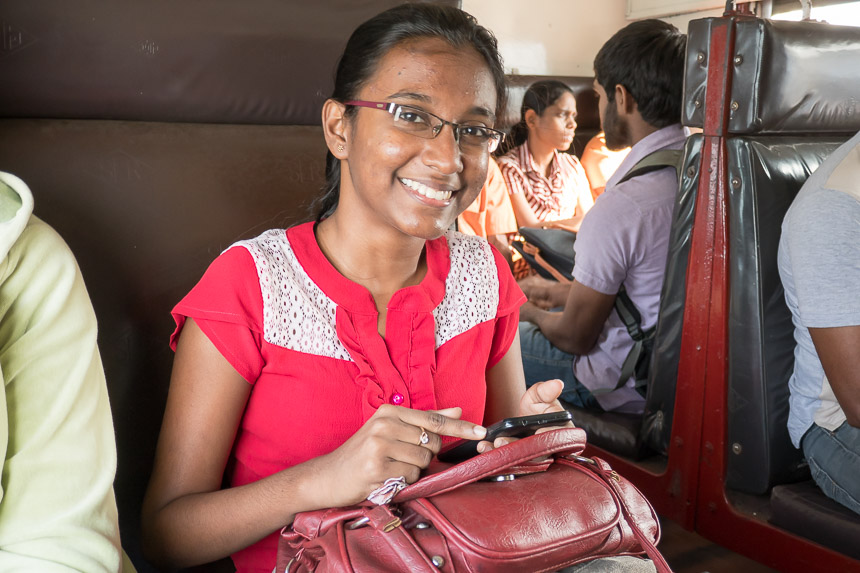 Women in Sri Lanka can move freely and unhindered, here on the train to Galle

Another consequence of this philosophy of equality is that women are often very well educated. When our friend Chitra started studying chemistry at the Universiteit van Peradeniya (Kandy) in 1960, more women than men were enrolled in academic studies.