In this beautiful house, located on one of the hills surrounding Kandy, we had the privilege of spending many weeks during our stays in Sri Lanka. We originally found it by booking.com in 2011. In 2016 we returned there for three weeks and became good friends with Chitra and her husband Tillek. And we kept returning … We are practically adopted as family members and met many relatives, spanning 3 generations, during our stays. 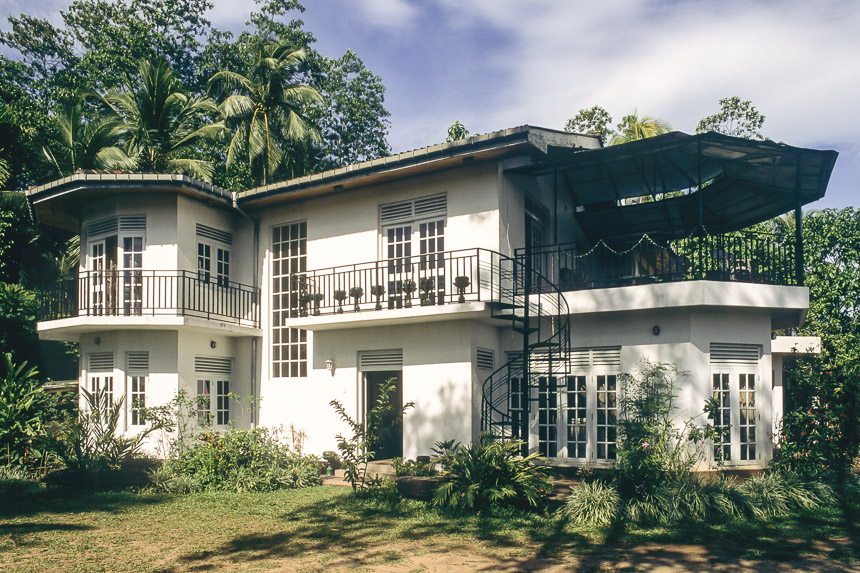 The beautiful homestay at the hilltop

We learned a lot from Chitra. Being a teacher and graduated in Chemistry, she’s a very well educated woman with a broad spectrum of interests. And like most women she worked full time her whole life. Over the years she explained us a lot about Sri Lankan culture, politics and the refined Sri Lankan kitchen. And how Sri Lankans see Europe and the Europeans. 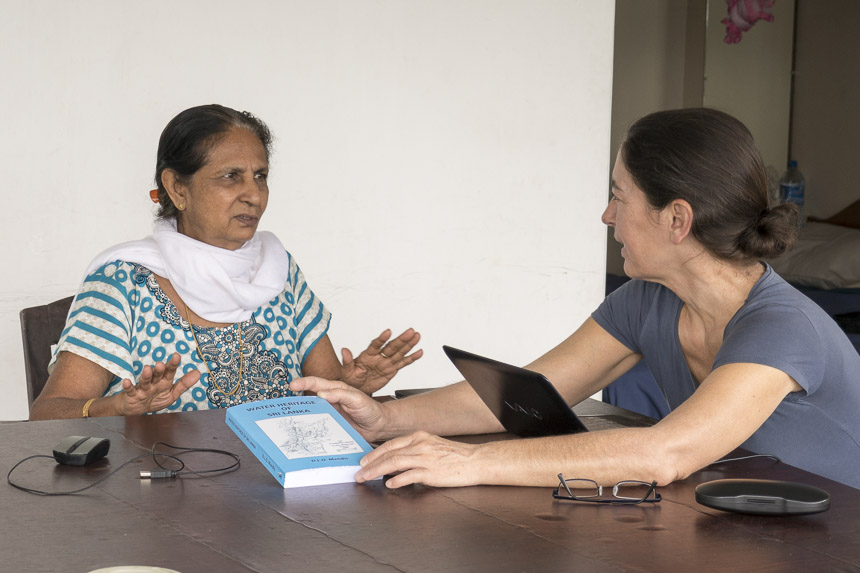 Chitra, from whom we learned so much

Tillek studied mechanical engineering in India and then became a naval officer. During his naval period, he spent a long time in Russia. After retiring from the Navy, he worked for many years as an engineer in the Gulf States. We also discussed with him for hours, about almost everything.

As the constant inflation of the Sri Lankan rupee hurts pensions and savings, Chitra and Tillek opened their pension. And in addition, Tillek started an orchid nursery. Today, as they are in their eithies, they don’t run the guest house anymore. And, we keep our good memories of our stays alive, because Sibylle makes “Tillek’s scrambeled eggs”, a spicy egg dish, almost on a weekly basis. 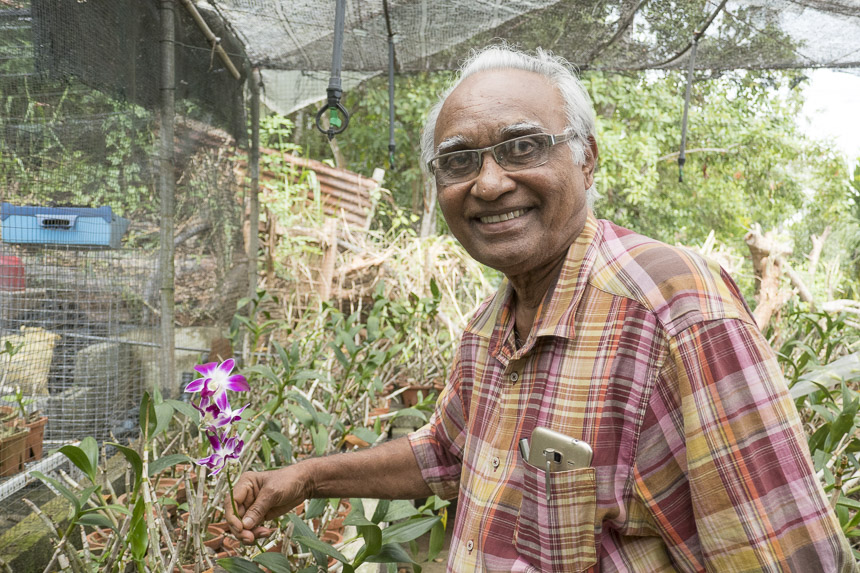 Tillek in his orchid nursery

Because Sibylle planned to write another book, we were looking for a place a bit outside the town. And we found one, a beautiful place to stay. A mansion with a large garden and in the centre of it a mango tree. The lady of the house also was called Chitra. And we almost immediatly became friends.