A civil war only has losers. It is also often difficult to understand the background of a conflict. Especially for someone who is at a great distance from that conflict. That also applies to your photographer. But it has become clear to me that the current Western reading about the conflict is incorrect or, at best, very one-sided.

When it comes to the causes of the civil war, I would particularly like to reflect the view of the Sinhalese people here. A perspective that is never expressed that way in the Western media.

The Singhalese people settled on the island from North India about 500 years before the beginning of our era. Approx. 500 years later, Tamils from South India also settled on the island. After some time this led to conflicts. So much so that the Singhalese kings had to move their capital twice. From Anuradhapura to Polonnaruwa and finally to Kandy. But the cause of the conflict is not here, but is the result of British colonialism.

When the British took over the colony of Ceylon, actually as a result of the occupation of the Netherlands by Napoleon, they established a completely different form of authority. They colonized Sri Lanka as an occupation force and expropriated the land to establish tea plantations. However, the native Sinhalese people did not want to work on their expropriated land. That is why the British imported Tamils from India to work on the tea plantations. In general, the Tamils were also much more loyal to the British and thus entered the lower layers of colonial rule. 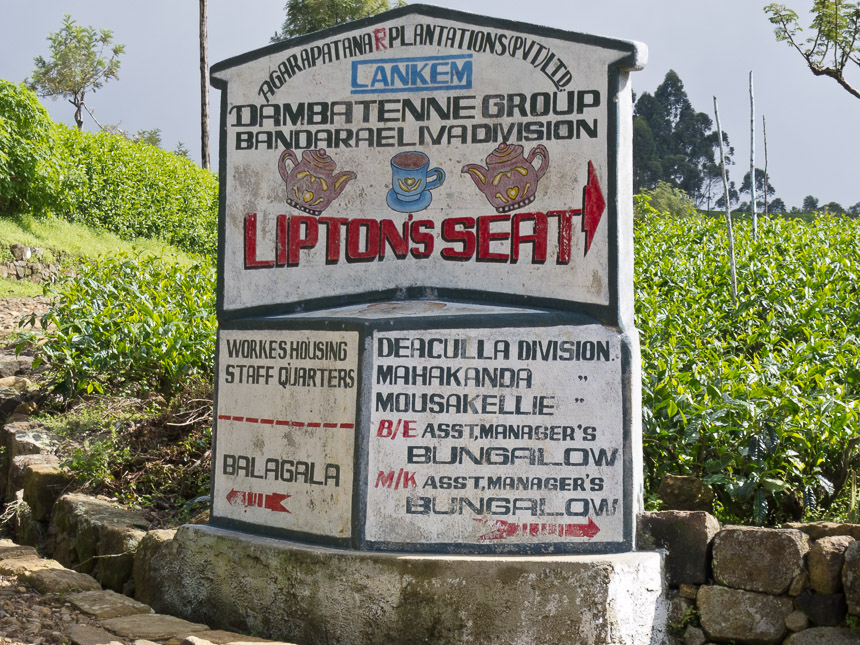 One of the many former English tea plantations, this is where the Lipton tea came from

After the British withdrew from Sri Lanka in 1948, the country came under self-government. But very soon thereafter, quite a few Tamils, who had now lost their privileged position, did not accept that administration and demanded an independent state. Although the Tamils have been repeatedly offered some form of partial autonomy under the Sri Lankan flag in the areas in which they formed a majority, they have always refused this form. The more extreme Tamils, the Tamil Tigers, then tried to enforce this independent state by violence. And that’s how the civil war started.

The civil war lasted from 1983 to 2009. The fact that the conflict has dragged on for so long is because many international parties believed they should play a role. When it comes to India, this is understandable, because that country itself has a very large Tamil population. But also “the West”, often in the form of Non-Governmental Organizations, believed it had to get involved in the conflict, because it was felt that this conflict should be resolved according Western post-colonial standards.

In 2008-2009, the civil war was ended by a military offensive started by President Mahinda Rajapaksa. This after he had first formally terminated the Oslo truce (2002) with the Tamil Tigers and thus became the de facto boss in his own country again.

We have seen for ourselves how the country is now reviving. In 2011 there were still many road blocks and soldiers everywhere. In 2016 that image had completely disappeared. It is sincerely hoped that this will continue to be the case. However, I have hardly been able to find the above view and observation on the civil war in the main stream media. Not even the BBC. It is always turned into an ethnic or religious conflict, but it is not.

How do the Sri Lankans themselves actually experience the role that the West played in the civil war? This is the subject of, among others, the book Recolonization: Foreign Funded NGOs in Sri Lanka. Even more than the title, the two reviews about this book below are very telling. 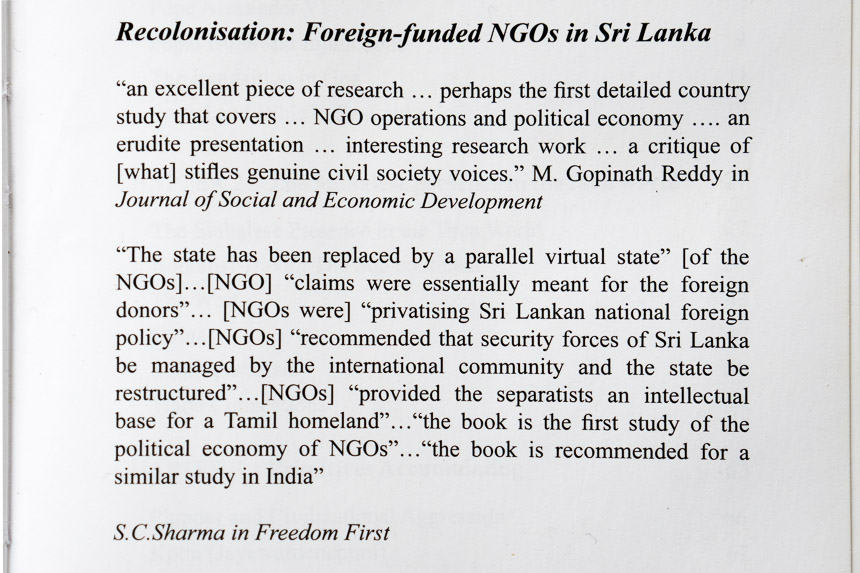 And finally I want to let one of our Sri Lankan friends have a say, especially about how they see “the West” now:… first they killed our king, then they took our land and now they are talking human rights …