The bus network is much denser than the rail network. Even the smallest places can be reached by (mini) bus. The main bus lines also operate from early in the morning until late in the evening. First of all, there are red buses of the Sri Lanka Transport Board, a state-owned company. In addition, there are also a few thousand white buses from private companies. Red and white buses often run on the same lines and are located at the same bus stations. Everyone just takes the bus that leaves first. 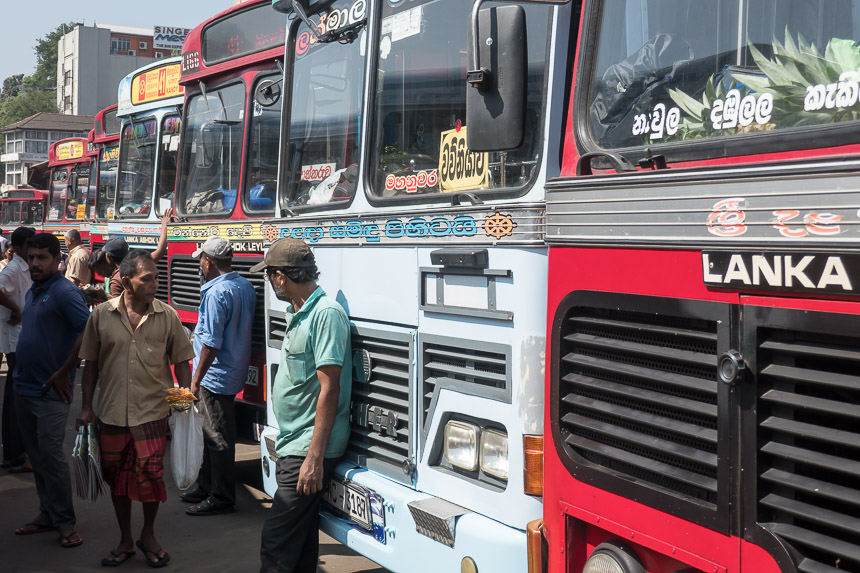 Red and white busses at the bus station in Kandy

Buses can be really packed. There are almost 50 seats in a bus. And they can manage to get at least another 50 persons standing in the aisle, the entrance and exit. Sometimes it is even difficult to keep your two feet on the ground. So, the picture below is just a moderate packed bus. 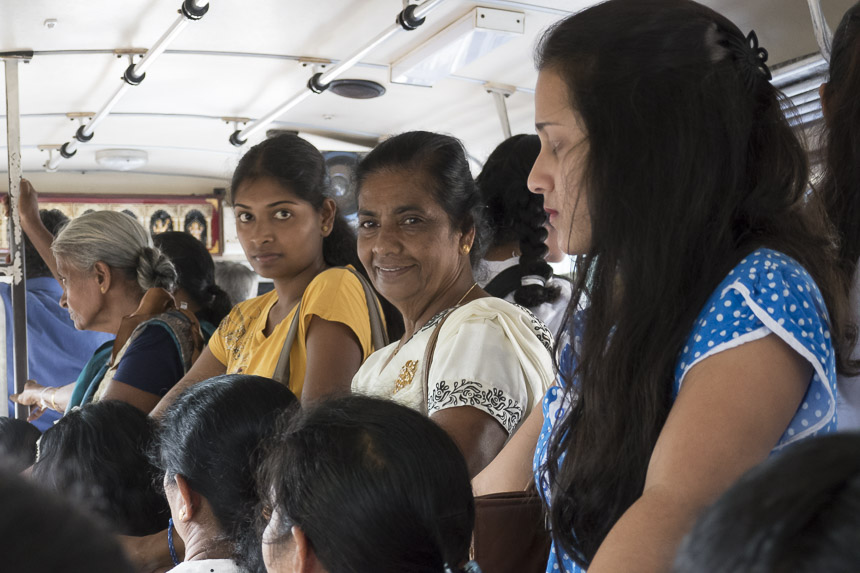 If you think this bus is full, you haven’t seen anything yet

Because buses ride according to a tight schedule, most drivers have developed a quite adventurous driving style. They overtake other traffic in almost all conceivable situations, have a ”built-in right of way”, never stop and always use their horn to make clear that they are in a hurry, in case you were still not aware of this. To compensate for this risky way of driving, busses are equipped with small Buddhist or Hindu shrines on the dashboard, just besides the driver. 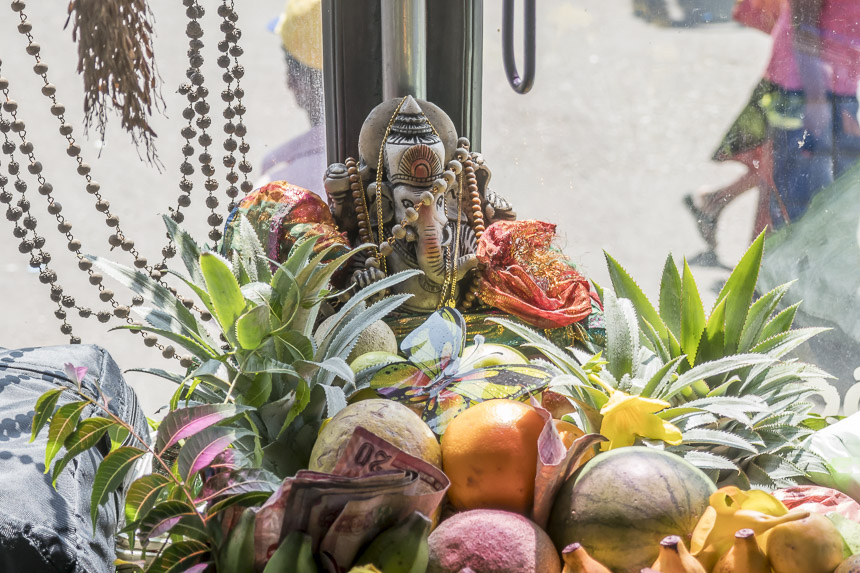 A shrine with the Hindu god Ganesha, the patron of travelers, ensures a safe ride.

Buses not only go to all conceivable destinations, you can also buy many things on board. Sweets, cakes, fruit, mineral water and even a newspaper. So if you’re hopping on a long-haul bus but haven’t had time to buy some food, don’t worry. Because at many bus stops along the way, merchants quickly jump on the bus to sell their merchandise. 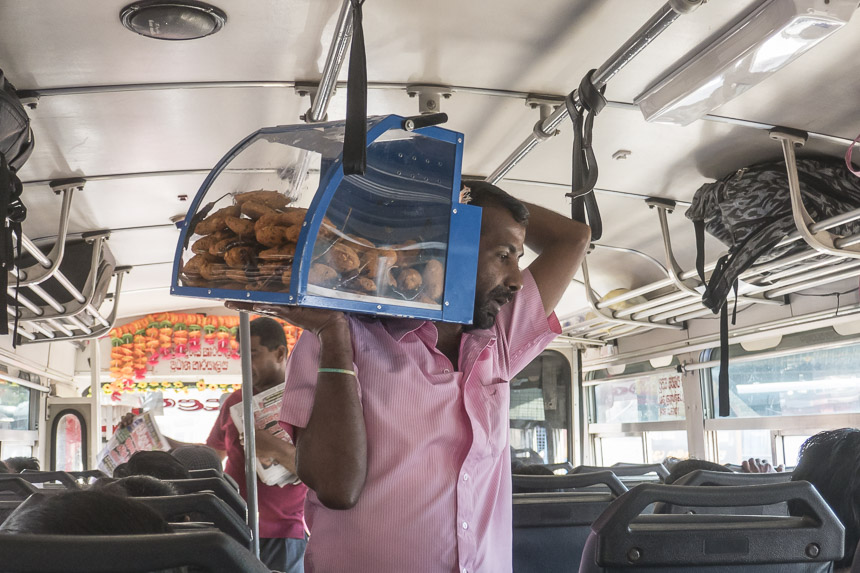 Freshly baked cakes, prepared in the early morning, now for sale on a long-haul bus