Sri Lanka has an extensive railway network. It dates from colonial times, but is operated by the Sri Lankan Railways since the independence of Sri Lanka. The network is heavily used and it connects the most important places on the island. Especially around the capital Colombo it is also intensively used by commuters and the trains can really be packed. 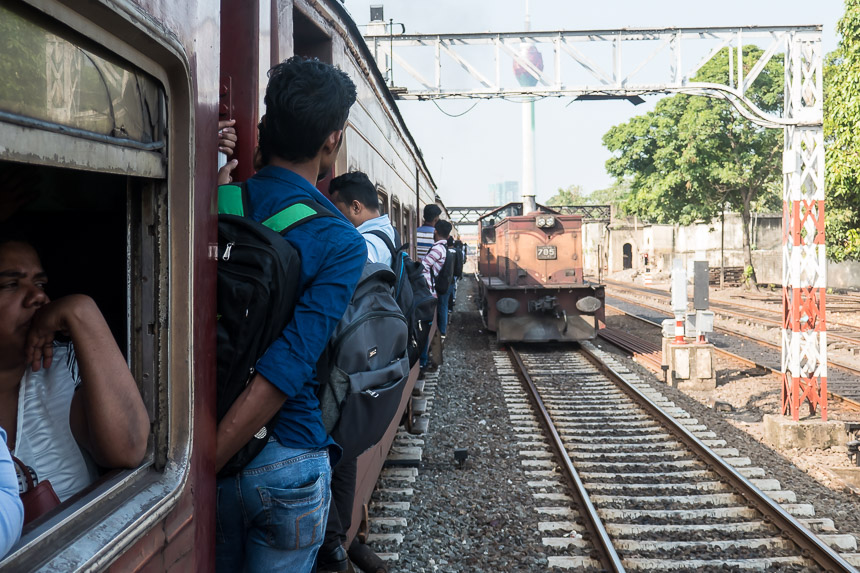 If you want to do some site seeing, a train ride is a very relaxed option. Just buy a railway ticket from where you are to “somewhere”. One of our favourite trips is the train from Kandy to Nuwara Eliya (Nanu Oya station). Because the tracs are meandering through a scenic landscape littered with all kind of tea estates, it is popular by tourists. Hence, it is advisable to reserve a seat. But it is also a very important line for local people. The train stops at every station along the line. Like here in Inguru Oya. So the average speed of the train is just around 30 KM/hour. 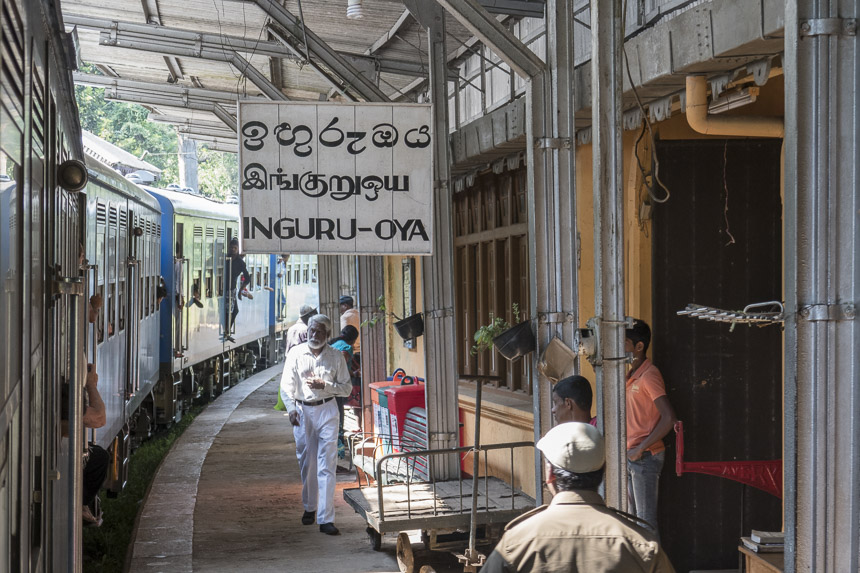 The railway station of Inguru Oya, half way between Kandy and Nuwara Eliya

The whole railway infrastructure still “feels” very British. Diesel engines and passenger coaches are more or less contemporary. You can find them of Canadian, Indian or Chinese make, just to name a few countries where Sri Lanka has purchased rolling stock for its rail network in the past. But the railway infrastructure itself looks and feels still very British, almost as if time has stood still. 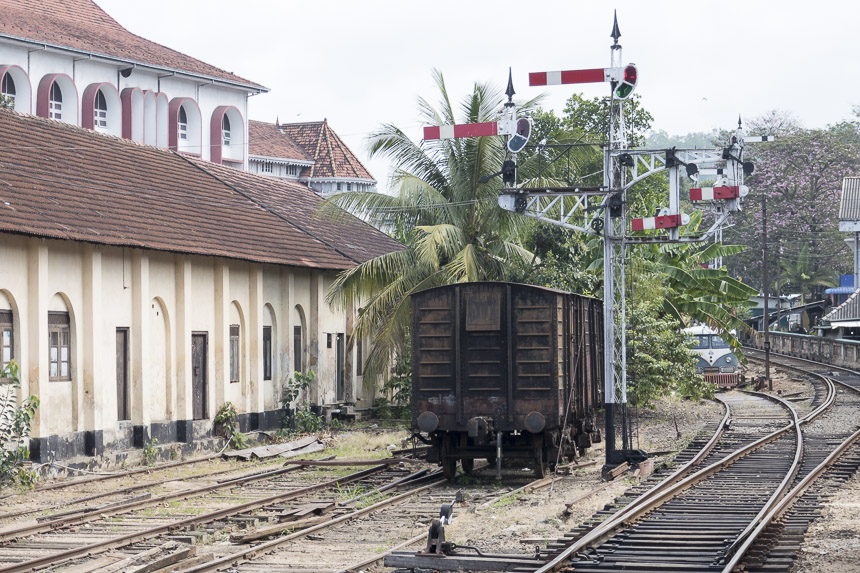 In Asian countries like India and Sri Lanka, railway rolling stock is heavily used and it looks like that, too. But although the rolling stock might look dusty, the railway system is safe and well operated. The staff are in uniform so there is no doubt for example who is the station master in charge. 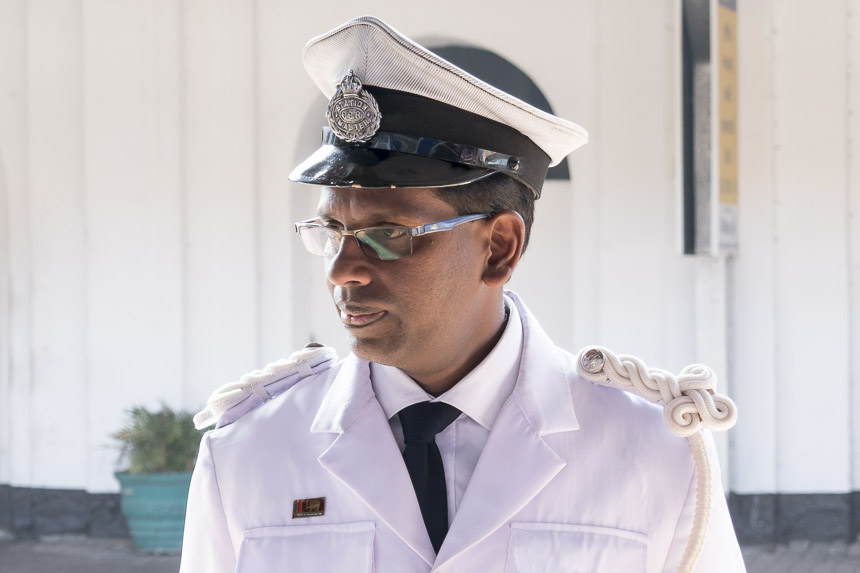 A station master in charge along the line Kandy – Colombo