If you really want to be flexible, the Tuk Tuk is the ultimate means of transport. It is actually almost as comfortable as your own car. But you don’t have the sorrow of driving through the dense traffic, parking it and so on. For long distances it still can’t beat a taxi or your own private or hired car, but for short distances it is almost ideal. 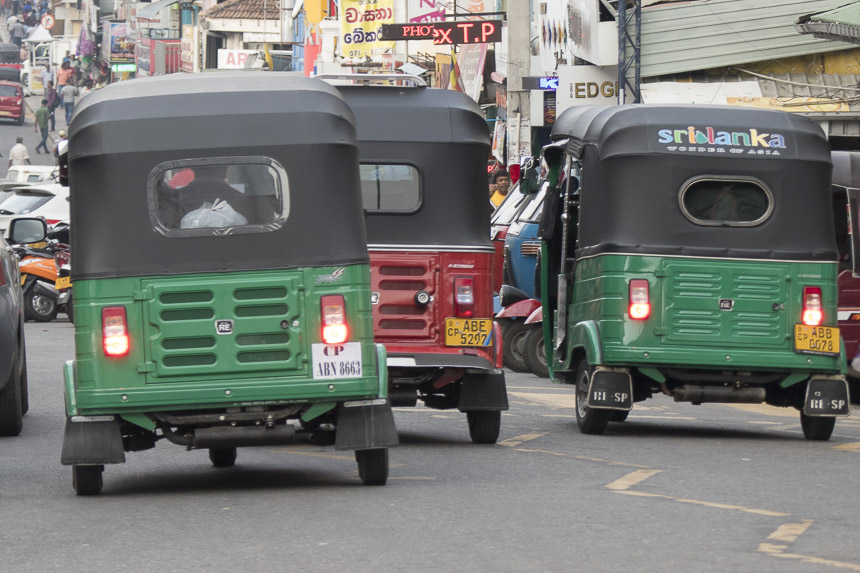 Tuk Tuks are small taxis but without a metering system, so the bill is only a rough estimate. If you are a tourist however, you will usually be overcharged. So there are a few things you should know. Make a deal on the price before starting your trip. That saves you a lot of hassle. And you can and usually must negotiate. You quickly develop a sense of prices. And you can check with local people, such as your hotel staff. If you have a good and reliable tuk-tuk driver, ask for his cell phone number. And make him your “personal Tuk Tuk driver”. A win-win situation for both.

A Tuk Tuk stop, you better settle the price before you start your trip

Just like bus and truck drivers, Tuk Tuk drivers also have quite an adventurous driving style. Although they know that they are usually the most vulnerable. And like their “bigger brothers”, they equip their Tuk Tuk with Buddhas or Hindu deities to give them some extra protection in Sri Lanka’s busy traffic.

This Tuk Tuk is amply equipped with Buddha statues

And then there is another practical use of Tuk Tuks. Use them as an umbrella 😉 . When it rains in Sri Lanka, it usually pours. And if you went out without an umbrella and still want to go home dry, just pick up a Tuk Tuk somewhere. 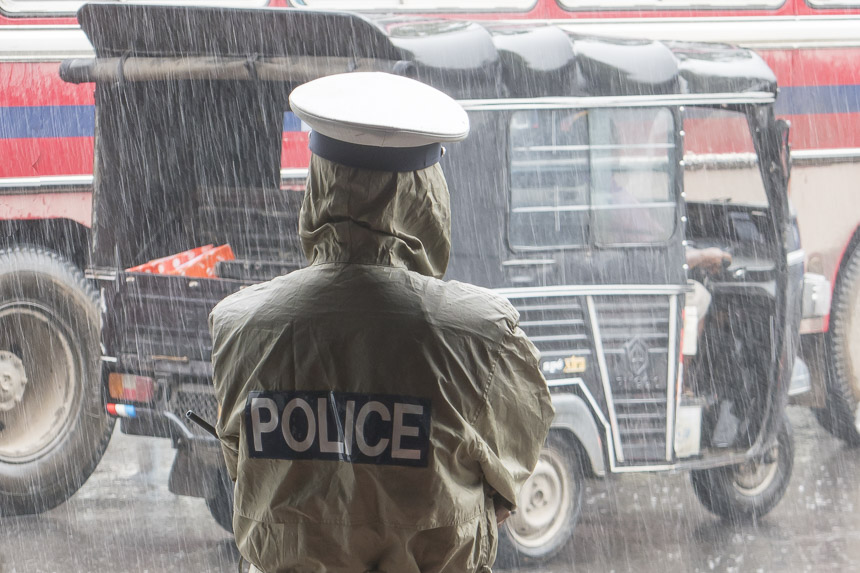 Pick up a Tuk Tuk to stay dry in the Monsoon