Home »Welcome! »Selfie of my mother

This is a “selfie” from my mother, made 80 year before the word was invented. She putted the camera on the balustrade, which was functioning as a tripod. Most probably, the photo was taken during a trip to Vienna and Budapest, around 1934, she was 20 at that time. 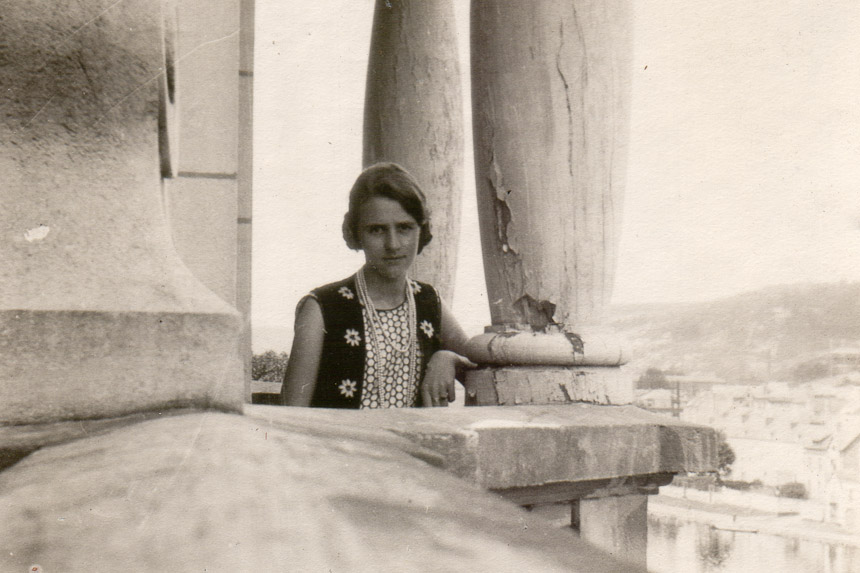 Later, she made more trips abroad, for Instance to Norway and Germany. She always traveled together with a friend. It caused my grandfather sleepless nights. Two young ladies, traveling on their own. A reason for great concern at that time.

In 1937, she visited Munich and experienced the emerging Nazi atmosphere as very oppressive. After the outbreak of the Second World War, it became virtually impossible to travel abroad. And priorities were set very different.