Campers are ideal if you want to travel with little children. But they were not for sale in the 1950’s. So my father decided to build his own, based on a Citroën HY Van. For this purpose, he first extended the car 75 cm. Then he equipped and furnished it. The camper had thermal insulation, an onboard chemical toilet and flushing water from a 100 liter drinking water tank. Most caravans in those days had none of them. 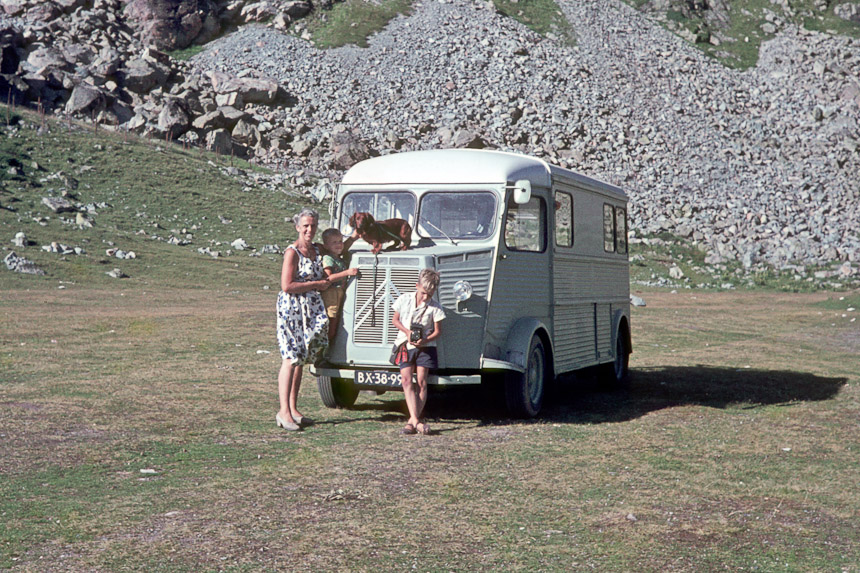 In that time, the ANWB (the Dutch Automobile Association) could not provide local assistance in the South European countries if needed. But my mother was fluent in Italian. She found it important, to be able to communicate well. For instance if you wanted to buy your groceries or when you needed a doctor.

This picture has been made in 1962 on the Swiss Julier Pass. My mother is almost blown out of her skirt. She is holding my 5 year old brother Hans, who is watching our dog Frenkie. Your photographer (9) is also recognizable on this slide, shot by my father.