Our Land-Rover, a type II-A from 1969. This picture is taken in the Chobe National Park in Botswana, September 1975. In order to take this picture, I positioned myself on the roof rack of a Jeep Wagoneer that was driving in front of our Land-Rover. 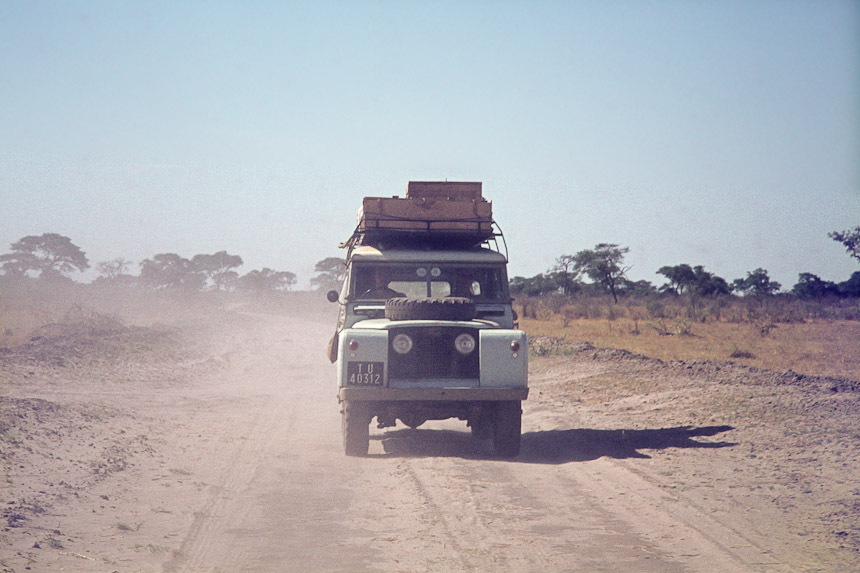 Land-Rovers had an image of being indestructible, but that was not well deserved. Infamous for instance were the half-shafts in the rear axle. They could brake easily.

But there was something special about the car. It could go everywhere. And in those days there was almost no competition from other car makers. So that was primarily determining its image.

And because Africa in that time was more or less standardised on Land-Rover, one could get spare parts in every corner of the continent, often as used parts by the way.